Every month few students receive a massive fee reduction. Send your inquiry to see if you are eligible. Next month enrollments now open, course starts 2nd of September.

Here is a statement from one of our students:

"I am very happy with how the course has gone and feel a lot more confident to continue and progress in my current job. I feel my drawings have really improved and have a much better understanding of how to read other drawings. Valentin has been very supportive throughout the course. Thank you very much !"

Paolo Nava was born in Seregno in 1943, he graduated at the Faculty of Architecture, Milan Polytechnic, and attended the Upper Course in Industrial Design, Florence, qualifying in 1966. He completed his training in England, working with industrial design studios.
In 1972 he founded the Citterio - Nava studio with Antonio Citterio.
From 1982 Paolo Nava continued working independently as a designer. Among his most important collaborations:
B&B Italia, Artvis, Flexform, Snaidero, Boffi, Malobbia, Xilitalia, Tonon, Poliform, Arflex, Interprofil, Frascio, Binova, De Sede, Treca, Piarottolegno, Con&Con and Confalonieri, Effegi Brevetti, Blum and KitchenAid – Whirlpool Group.

A fundamental aspect of his work is three-dimensional verification through the laboratory model and experimentation of materials. In his projects Paolo Nava is interested in the dialogue between his own poetic point of view and the concrete industrial and production requirements, using new concepts, technologies and materials while maintaining a different conceptual approach towards the living space in order to get to a profound transformation of use.
He is frequently invited as a lecturer in various countries, in the course of his career he won numerous international design awards. 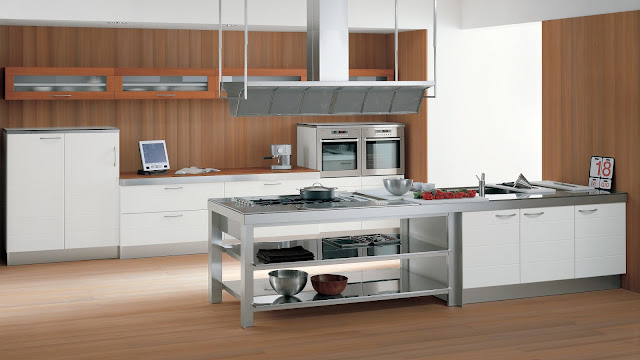 
Founded in 1892 in the heart of Germany, Poggenpohl is the oldest and best-known kitchen brand in the world.
Since then, the company followed in the footsteps of its great founder, Friedemir Poggenpohl, with his vision to ‘improve the kitchen’.

For 120 years, Poggenpohl has been reinventing life in the kitchen one idea at a time. Poggenpohl was the first to introduce many transformative innovations including white lacquer furniture, ergonomic work-top heights, and the kitchen island.

Technical expertise, materials of unsurpassable quality, craftsmanship and trend-setting design go into each Poggenpohl kitchen. The company pays the utmost attention to detail and never compromise on perfection. That is what Poggenpohl stands for.

From the German hand manufacturing site to the exclusive kitchen design studios in more than 70 countries around the world, Poggenpohl strives for perfection.

This featured eco-friendly Faltazi 'Ekokook' will make your kitchen experiences much more practical and healthy. Since the kitchen takes up most of the waste, this venture facilitates healthier eating by including centralized compartments for disposal and recycling. 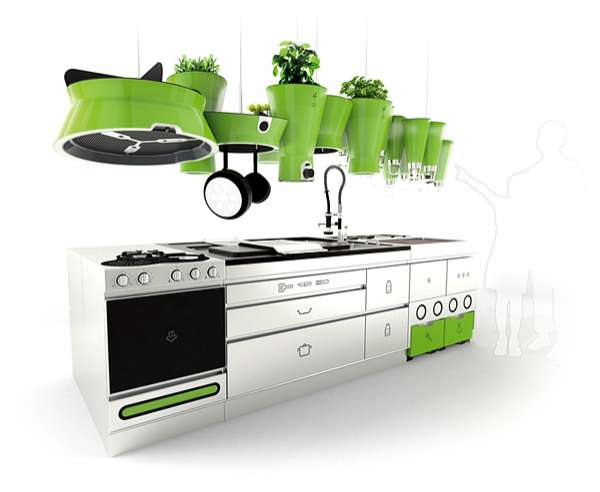 What makes the Faltazi 'Ekokook' so practical and savvy is that it can save you up to 15 liters of water per day, while its modern and contemporary look fits in perfectly with the 21st century.

Consumers are looking for ways to reduce their negative impact on the planet after the proliferation of environmental studies began permeating popular media. Consumers now base their purchases and spending patterns on whether or not a product has positive or negative impact on the environment. Companies will, therefore, find it advantageous to incorporate green initiatives into the manufacturing of their wares.

From Australia and New Zealand


We started recently the publication of top 30 Australian Kitchen , as announced by Trends Magazine, in no particular order. Here is #6

The kitchen opens up to the rear courtyard and swimming pool. A narrow ravine serves as a safety fence for the pool.

The island in this new kitchen is enclosed by a dark grey-painted bulkhead, which resembles the weatherboard exterior of the remodelled Queenslander house.

There is a second kitchen on the sheltered outdoor dining terrace. This kitchen has an additional sink, fridge and concealed storage.

Two dates essentially define the Hettich Group's history: 1888, the year in which the parent company was established in the Black Forest, and 1930, the founding year of the sister company in Herford. The group is celebrating its 125th anniversary in 2013 and will be donating € 125000 to welfare projects supported by members of staff.

The roots of Hettich's family history go back to a business set up by Karl Hettich in Schramberg in the Black Forest in 1888. This was when he developed a manual bending machine that revolutionised efficiency in making anchor escapaments for pendulum clocks. When his son August Hettich developed a 16-metre long production line for piano hinges 40 years later in 1928, he was treading new technical terrain, setting the course for today's Technology for Furniture Division. It soon became clear that there would be benefits in reducing the geographical distance between the production factory in Schramberg and the heart of the German furniture industry in East Westphalia. This is why the three brothers, Paul, August und Franz Hettich, set up the Paul Hettich GmbH sister company in Herford on 21 May 1930. Operations started in November of the same year with a team of seven Swabians. This marked the beginning of the company's history in East Westphalia. As well as August Hettich’s technical achievements, the main driver behind the firm’s successful rise was his brother, Paul Hettich, a dynamic businessman who was the managing partner. 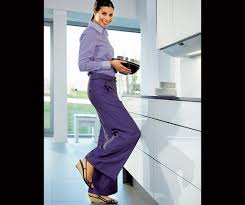 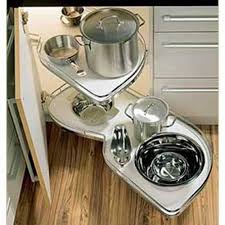 Hettich is one of the world's largest manufacturers of furniture fittings. Every day, over 6,000 members of staff take up the challenge of developing intelligent technology for furniture. A family-owned business, Hettich is at home in Kirchlengern, Germany. "This is where ideas are born for furniture fittings we shape today and tomorrow with."

Rope-wrapped stools and an Oggetti chair surround a Behun-designed walnut table in the kitchen, the walnut-slab bar is custom made, the 1930s stools are French, and the "hand" barstools came from West Palm Beach; the French metal-and-wicker light fixture is vintage, and the rugs are Moroccan.


If you’re a fan of recycled marine elements and the Steampunk aesthetic, then your dream apartment may very well be in Chelsea! On the market through the CORE GROUP NYC real estate, this surreal apartment on West 29th Street pad is more like living in a movie set than New York. A repurposed 32-foot long vintage zeppelin lined with programmable LED lights sets the tone for this unique apartment that's chock-full of repurposed retro industrial pieces. Really?

http://inhabitat.com/nyc/chelsea-steampunk-apartment-is-lit-by-repurposed-32-foot-long-zeppelin-led-lamp/steampunk-house1/?extend=1
Posted by The Kitchen Designer at 2:25 PM