Good news! It is tax time (no, is not the good news), so you may wonder  about the Course fees and whether or not they are tax deductable. Yes, you are able to claim course fees should they be of benefit to you in your current field of employment or self-employment.

Arclinea’s kitchen model ITALIA, design Antonio Citterio… from 1988: 25 years of success all over the world!  ITALIA is the professional kitchen for the home, perfect for home chefs who want to experience restaurant-style performances within their own four walls. The recessed handle Italia is an exclusive Arclinea patent. Available for all Arclinea door finishes. 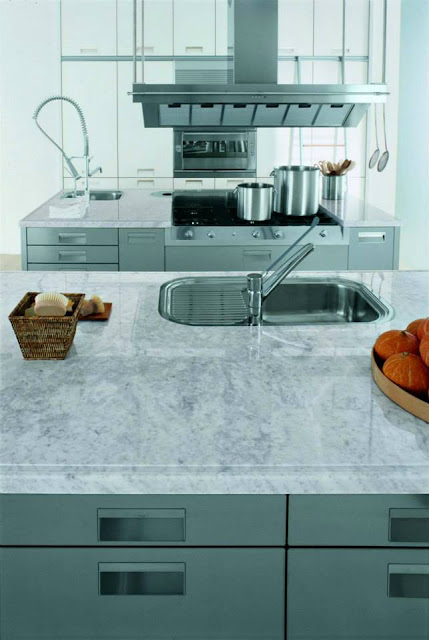 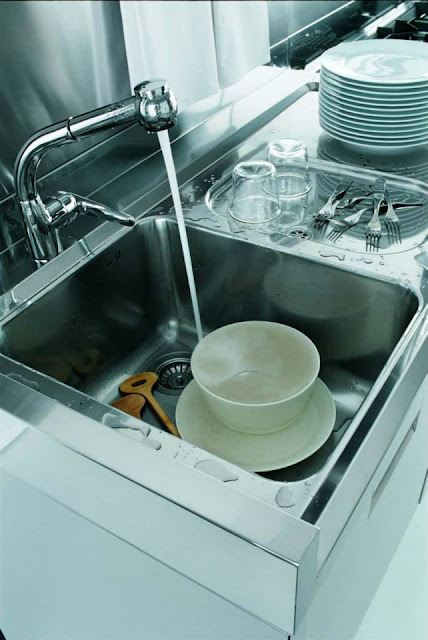 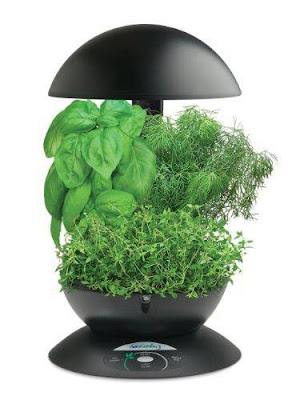 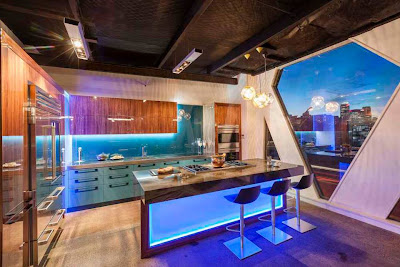 As a leading Swiss kitchen furniture manufacturer, Veriset Küchen AG is committed to continuous innovation and new ways of thinking about both design and manufacturing. The company is known throughout for its ability to tailor materials, shapes and aesthetics to individual customer requirements, while additionally delivering on a high level of overall product quality.
In early 2010, Veriset also became a pioneer as one of the first kitchen furniture manufacturers to adopt laser-welded edgebanding into its manufacturing process, using the REHAU LaserEdge technology in combination with innovative LASERtec machinery from Homag. 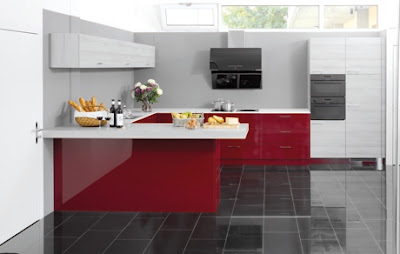 According to Veriset, “Innovations are an important part of our strategy, and it is key for us to stay on top of the latest trends in both design and production, as well as constantly work to maintain the highest quality of our end products. We quickly identified REHAU LaserEdge as an up and coming advancement that met all of these goals, and thus sought to incorporate it as soon as we could.”

Veriset has noted a number of immediate benefits from introducing laser-welded edgebanding, including a substantial cost savings.  “Naturally, without need for adhesives we are seeing material cost savings, and in addition our labor costs have been streamlined as we no longer need to negotiate steps to integrate the edgeband material, primer and adhesive.”

“As the optimum adhesive temperature no longer has to be set manually, we can achieve an automatic process stability that ensures an even higher quality of edgeband processing,” added Veriset production and logistics manager Josef Baumgartner.
In addition to an improved overall manufacturing process, Veriset attributes a new level of product quality to the durable, jointless nature of the laser-welded edge. “With a jointless weld between the edgeband and the board, we are no longer concerned with the discoloration or staining that can happen at the seam of a typical adhesive-affixed edgeband. This tighter seam also improves heat and moisture resistance, preventing the boards of the finished furniture from swelling over time. In addition, the space between the edgeband and board is virtually without transition, and makes it appear as if the cabinetry and furniture are constructed of one piece of material."

Posted by The Kitchen Designer at 10:23 AM No comments:

Sheer by Gatto Cucine-Osimo, Ancona-designer team "Dragdesign Studio". Sheer looks like a lightweight carbon-fiber acrylic sphere with a diameter of 148 centimeters, just press a button and the upper hemisphere lifting, positioning itself on the ceiling and becoming a powerful extractor fan. 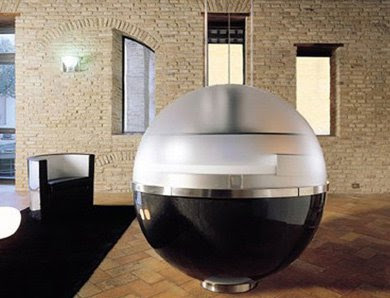 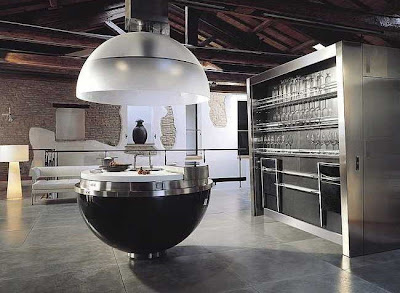 "Small Kitchen" By Kristin Laass And Norman
The prototype incorporates a single square meter, all you need to characterize as kitchen living space. The structure that includes the whole thing is a table and work plan. 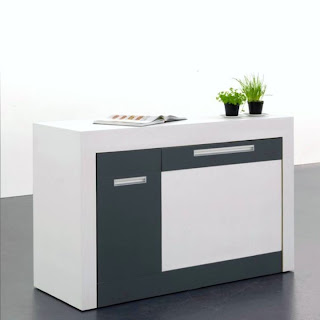 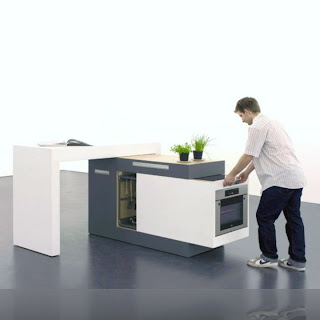 Inside, one piece (but consisting of two sliding components), where there are oven and hob, compartments and drawers, a mini fridge, sink and drainer one. 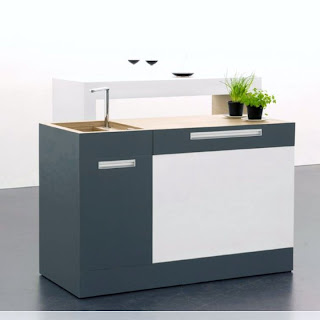 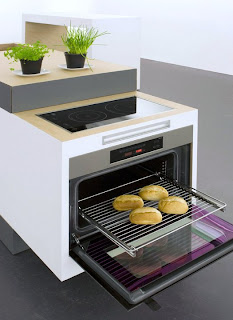 From Australia
Blum drawer systems, lift systems and hinges bring more fun and ease of use to kitchens. They make everyday kitchen use easier because cabinet doors and pull-outs open with a smooth glide and close with a single soft action. Ergonomic kitchens reduce effort and increase comfort making your kitchen an enjoyable place – somewhere you want to be.
Read more: http://www.homeimprovementpages.com.au/connect/blum_australia/#ixzz2WuEyWMOC

Home Lending Up But Not By Enough, says HIA.
A stronger set of housing finance indicators for April 2013 were released by the ABS today,(11 June 2013) although the result fell short of general expectations said the Housing Industry Association, the voice of Australia’s home building industry.
“Today’s figures show that new home lending for owner occupiers is tracking higher overall, but at a very moderate rate from a low base,” said HIA Senior Economist, Shane Garrett. “For owner occupiers, the aggregate number of loans for the construction and purchase of new homes was flat during April 2013, itself a disappointing outcome, but the number was 17.9 per cent higher than twelve months earlier.”
The number of seasonally adjusted loans for construction barely moved in April, rising by only 0.2 per cent, while loans for the purchase of new dwellings eased back by 0.4 per cent. The number of loans for established homes net of refinancing rose by 1.0 per cent during April and was 4.9 per cent higher than a year earlier.
In terms of owner occupiers, the value of loans for the construction or purchase of a new home rose by 2.5 per cent during April 2013 and was 20.1 per cent higher than a year earlier. Lending for established dwellings was a little weaker, with the value of loans falling by 1.6 per cent during April. Nonetheless, the value of lending for established dwellings was still 7.1 per cent higher than twelve months previously.
The investor side of housing finance provided a stronger result in April, driven by the existing property market. The aggregate value of loans to investors rose by 1.1 per cent in April. However, in a weak update the value of lending for the construction of new residential property fell by 13.3 per cent and was down by 8.1 per cent over the three months to April this year.
“The increase in investor activity with regard to existing property suggests that a view is taking hold that the market outlook is improving. However, residential investment in construction continues to languish near decade lows, a pointer to the disincentive to new home building attributable to excessive tax and regulatory costs,” warned HIA Senior Economist, Shane Garrett.
In April 2013 the total number of seasonally adjusted owner occupier loans for new home building (combining loans for construction and purchase of new dwellings) increased by 1.9 per cent in New South Wales and was up by 6.4 per cent in Western Australia, 3.7 per cent in Tasmania, and 2.0 per cent in the Australian Capital Territory. The number of loans for new homes fell by 5.7 per cent in Victoria, 1.1 per cent in Queensland, 0.3 per cent in South Australia, and 8.4 per cent in the Northern Territory.
Source:http://hia.com.au/
Posted by The Kitchen Designer at 12:05 PM No comments: 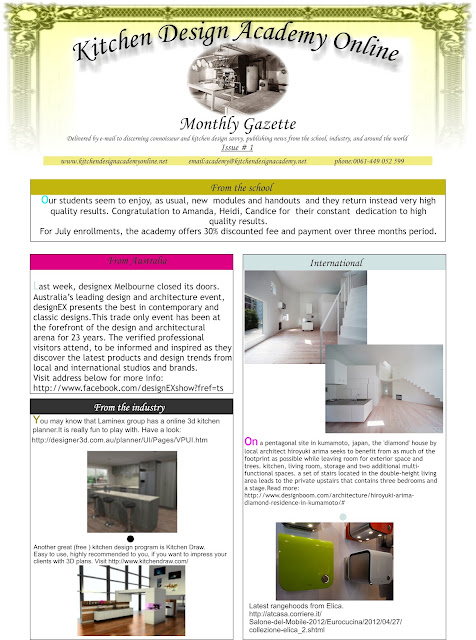 Here is our newest newsletter from  kitchen Design Academy.
For a pdf version  send us an email here:academy@kitchendesignacademy.net


Posted by The Kitchen Designer at 5:06 PM No comments:

New and exciting news from with 30% reduction fee for July enrollments and payment over three months! Also, academy will assist your first kitchen project and send you feedback for free! Course starts in 01 of July.

Enroll now and change your life!

Posted by The Kitchen Designer at 10:00 AM No comments: