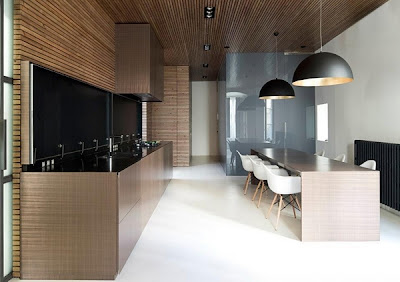 The designers integrated much of the kitchen furniture and space surrounding it with wall paneling and simplified the geometry of the space. 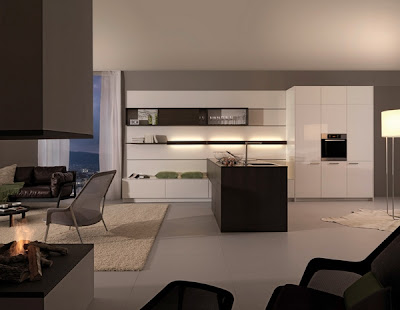 In most cases, for one to be able to achieve a modern look, minimalism is advised by designers, which is a good thing. In this picture we are able to see that the white modular glossy cabinets go well with the black island. 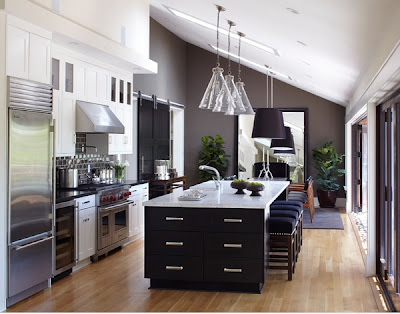 This lovely Mill Valley home in San Francisco is made up of pure beauty. For one, the island is painted with black, semi-gloss and paired with a white granite counter which complement each other and looks great matched with oak for the flooring! 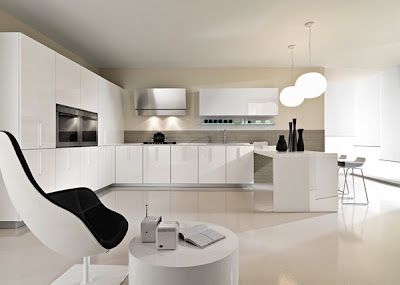 According to the designers themselves, Pedini has been producing sophisticated luxury kitchens since 1956 and has prestigious heritage – globally renowned as one of Italy’s best style-experts on a par with Gucci, Armani, Lamborghini and Alessi – and one of the first companies to produce the modular kitchen. The company experiments with a range of new and innovative materials and is known for the flair and creativity that it brings to the industry, interpreting that the luxury segment demands. 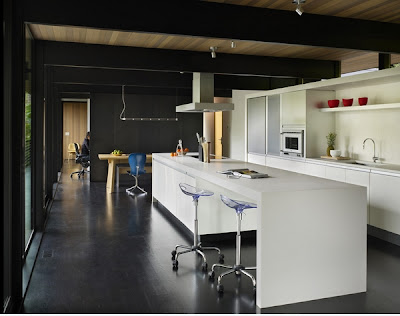 Have you noticed the cool bar stools available to this kitchen? Unfortunately, the manufacturers for these stools are no longer in business but looking at this item, we can say it looks great with the Caesarstone counter that is present in the island. The exposed beams look fascinating too.
Reposted from
http://homedesignlover.com/kitchen-designs/15-awesome-modular-kitchen-designs/

We started last number  the publication of top 30 Australian Kitchen , as announced by Trends Magazine, in no particular order. Here is #2

Designed by Toni Roberts CKDNZ, this new kitchen in a renovated villa features an equal mix of good looks and durable functionality.

The island features a layered treatment. Stainless steel provides a hard wearing work surface, while the timber element plays to the aesthetics of the wider space.

A sizable scullery provides additional storage and preparation and clean-up areas. The durable stainless steel and mosaic palette has been continued through from the kitchen.

The open-plan space is the nerve centre of the home. With this in mind, Roberts created an office hub where day-to-day planning can be carried out. A similar treatment was given to this space so it blends in with the kitchen.

HIA Kitchens and Bathrooms Report - Past Growth and Future Prospects, 2012/13

HIA's Annual Kitchens and Bathrooms report provides a comprehensive overview of opportunities, attitudes, and forecasts for this all important sector of the residential construction industry.

Among many key points the 2012/13 report highlights are:
Source http://economics.hia.com.au/publications/kb_industry.aspx

Posted by The Kitchen Designer at 10:34 AM