Congratulations to Heidi Foster from New Zealand, our latest graduate. Heidi was an exceptional student, very motivated and hardworker. Her assignments set a new benchmark for quality. We wish all the best for the future!
"NKBA guidelines 1 to 5
Traffic and Workflow
1.     a. Doorways should be at least 800 mm/32" wide and not more than 600 mm/24" deep in the direction of travel. b. Walkways (work counter on only one side) should be at least 900 mm/36"wide. c. Work aisles (work counters on both sides) at least 1,050 mm/42" wide in one-cook kitchens, at least 1,200 mm/48" wide in multi-cook kitchens.
a. That is related to interior architecture. However, if a tower or a pantry was to be build straight beside the walkway, that obstacle shouldn’t be deeper than 600 mm/24"
b. The distance between a counter and, say, a wall should not be smaller than 900/36" wide to ensure enough space for two people walking at the same time, or for a person carrying a weight like shopping bag or pots.
c. Most customers nowadays prefer an island bench. How far is the island from the main countertop depends on the size of the room and the number of cooks: at least 900-1,050 mm/42" wide in one-cook kitchens, at least 1,200 mm/48" wide in multi-cook kitchens.
Fragment from Module 7-Kitchen planning 1
What to find more? Ask now for more infos:http://www.kitchendesignacademyonline.net/contact/

Born in Vicenza in 1957 and graduated in architecture in Venice in 1984, obtaining the authorization to practice the same year. From 1984 to 1988 he was head of the research and development for well-known kitchen brands. He now lives and works in Vicenza. His collaboration with the Febal brand began in 1995, contributing over the years to the total renovation of the elements and directing the design of the kitchens to the almost total modernity. "I have always conceived the "Febal kitchen" as the center of the house, as an example of cultural evolution combined with aesthetic evolution and functional signs that go hand in hand with the process of transformation of contemporary living. The kitchen, therefore, as a personal and intimate retreat in which the division of space has changed dramatically over the years, finding common points and becoming an integral part of the living area. It is in this new interpenetration of space I search for new solutions and materials for the "Febal kitchen", with the aim of making it the absolute protagonist of the house.
Vogue Over for Febal Casa

FOUNDED IN 1978, ELMAR IS NOW A DYNAMIC BRAND WITH A STRONG PERSONALITY CAPABLE OF OFFERING EXTRAORDINARY IDENTITIES AND VALUES.
In the course of its authentically Italian story Elmar has developed in the extraordinarily and outstandingly normal way that is typical of those who have always had a clear vision of their logic, of the path they must follow. The legs of this journey have marked the growth of a cultural and of a corporate legacy that has founded its reliability on tradition, its distinguishing traits on technological innovation and its vocation on design to blend advanced functions with real emotions. In other words, each arrival has always been a new departure towards unexplored horizons. And this usually happens daily.
Elmar has always wanted, and known how, to enrich its value in a dynamic and clear-cut perspective that is continuously directed to understanding the authentic needs and the distinctive signs of evolving lifestyles.
A very personal company outlook and cultural identity able to anticipate and identify the real aspirations of customers in the best possible way. To offer comfortable settings that effuse a really contemporary charm is the company's objective.
In other words, furniture created for human beings, to comfortably share their most precious resources: space and time.

@home reinterprets the DNA of that form called kitchen and that invokes the memory of a space to inhabit, rich in materials, taste and fragrance.

Let’s think space over Not merely influential but a possibility. Open to personal styles: a place for socialising or enjoying one’s daily intimacy.

The new attitudes of flight

Even for smaller homes such as city  flats or small lofts our arrangements are cleverly developed for utmost space exploitation.

Imagine having access to fresh herbs 24×7 via an under-counter herb solution! The Electrolux ‘Herb Garden’ Concept does just that and it provides us the luxury of a self-replenishing indoor garden that expands our cooking capabilities. This hydroponic concept brings year-round seasoning to the domestic kitchen. One of the key ingredients to good cooking is herbs, they add wholesome flavours that are delicately distinguished by their aroma and taste.
As Electrolux explains, Hydroponics is a method of growing plants using mineral nutrient solutions in water and without soil. The Electrolux Herb garden features two different trays where seeds can be sown and grown, or just host pre-grown plants purchased. In essence it also doubles up as a store refrigeration unit. The self-replenishing herbs will not only brighten any kitchen but will facilitate expanded cooking capabilities.
Designer: Electrolux Architectural designer : Steve Gliosca, Urbane Projects (Booragoon, WA)
Kitchen manufacturer : Caruso Cabinets
Cabinetry : Gloss White and Cleaf timber veneer in Dark Rovere
Kitchens are busy family spaces, which can make it hard to marry the aesthetics with the functionality.
The solution for this house, designed by Steve Gliosca of Urbane Projects, was to separate the working space from the front-of-house kitchen.
"This is a very modern, clean-lined house, and the kitchen is the focal point of the living space," Gliosca says. "For this reason, it was important not to clutter it up with meal preparation. But the owners love to entertain and needed a big kitchen, with every modern convenience. This prompted the decision to introduce a separate large scullery behind the kitchen.

"The scullery is not just a place for storage – with its 90cm freestanding oven, sink and dishwasher it can be used for total meal preparation and cleanup."
All eyes are on the glamour kitchen, however, where the centrepiece is a large island with a polished marble top and bronze mirrored panels front and back.
"The colour and material palettes started with the jarrah floor, which was stained in Japan black," says Gliosca. "We played with a number of different timber laminates before choosing a grey with an undertone of chocolate. But the marble slab is the hero – its colour and veining are a perfect match for the cabinetry and the Caesarstone quartz perimeter benchtops and splashback."

The marble top sits on top of a large, sculptural block, with a cut-out space that can be used for displaying accessories.
"It's a very layered look, which adds visual interest," the designer says. "This end of the island was also designed to provide a point of difference – you glimpse the kitchen as you walk up the adjoining stairs to the living room, and we didn't want it to look too functional."
The main kitchen also features two banks of white lacquered cabinetry, which Gliosca framed with the timber laminate. This was extended around the corner to create a matching buffet-style area opposite the lift. The refrigerators are fully integrated, and the drawers have recessed pulls to reinforce the crisp, modern look.
Source article:http://trendsideas.com/Article17740/Australia/Kitchens
Source images:http://www.urbane.net.au

Electrolux AB, (ELUXB) the world’s second-biggest maker of home appliances, reported first-quarter earnings that beat estimates and boosted its forecast for European demand, sending the shares up the most since 2009.
Earnings before interest, taxes and one-time items rose 4 percent to 749 million kronor ($114 million) in the three months through March, the Stockholm-based maker of AEG stoves said in a statement today. The median estimate of 11 analysts compiled by Bloomberg was 613 million kronor.
Electrolux rose as much as 10 percent in Stockholm, the steepest intraday advance since Oct. 26, 2009. Profit margins were better than expected inEurope, the Middle East and Africa, and Latin America, according to analysts at Nordea Bank AB. The maker of Frigidaire refrigerators is reducing expenditure and moving production to low-cost countries in an effort to boost profitability after years of stagnating sales.
The first-quarter outcome was “clearly better than feared,” the Nordea Bank analysts said today in a note.
The shares gained 9.1 percent to 168.60 kroner at 9:20 a.m. in Stockholm, erasing their decline this year. Prior to today, the stock had fallen 8.3 percent in 2014, versus a 1.4 percent drop for bigger rival Whirlpool Corp. The Benton Harbor, Michigan-based maker of KitchenAid appliances reports first-quarter earnings later today.

“The underlying performance remains solid with a very strong recovery in March,” Electrolux Chief Executive Officer Keith McLoughlin said today in a separate statement.
Electrolux reiterated that market demand in the U.S. is anticipated to increase by 4 percent this year and said it now expects demand to increase by as much as 3 percent in Europe. The company had previously said it sees “slightly positive” demand for the European market.
U.S. shipments of home appliances, as measured by the key AHAM-6 indicator, rose 8.9 percent in March after declining in January and February, according to data published by the Association of Home Appliance Manufacturers earlier this month.
First-quarter sales at Electrolux advanced 1.2 percent to 25.6 billion kronor, compared with the 25.3 billion median estimate of 13 analysts surveyed by Bloomberg.
Source:http://www.bloomberg.com/news/2014-04-25/electrolux-raises-european-forecast-as-earnings-beat-estimates.html 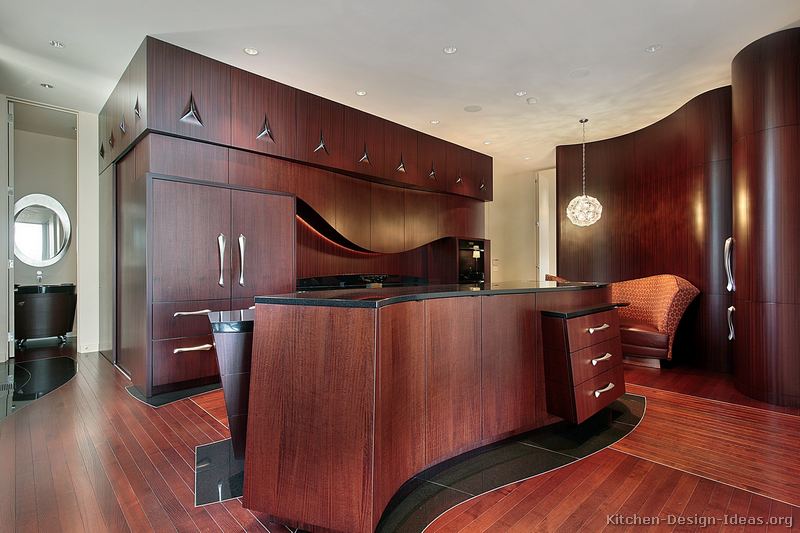 Source:http://www.kitchen-design-ideas.org/unique-kitchen-designs.html
Posted by The Kitchen Designer at 9:09 AM