"This is a large industry with huge turnovers and very good profits.

According to figures released by the Construction Forecasting Council, with the Housing Industry Association (HIA) last year (2011), one will see $35 billion spent in home improvements across Australia, announcing that a large portion of that amount would be allocated to kitchen renovation.
HIA figures reported that more than 1.2 million kitchen installations and renovations occurred in the 2009–2010 financial year alone, and this figure went up in 2011 as kitchen is considered the most common and most effective, value-adding domestic remodeling project.

A large Australian company produces around 1,800 kitchens a year! That is, almost five kitchens a day! If a median price for a kitchen can cost $10,000, the total gross sale per annum is $18,000,000. Designers commission is $1,800,000. Being a designer for such a company would keep you on toes and get you some nice commissions. Interested?" 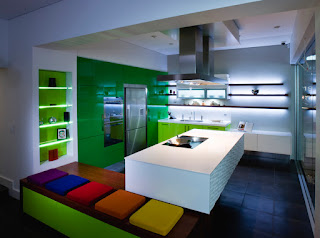 Posted by The Kitchen Designer at 8:51 AM